Phnom Penh, 29 December 2020: PRASAC, the largest financial institution in Cambodia, expresses its sincere thanks to its valued customer, staff and public for donating to PRASAC account of the campaign “Contribute to Purchase Vaccines for Cambodia” in contributing with the Royal Government of Cambodia to purchase COVID-19 vaccines to vaccinate Cambodian people for free in the cause of protecting people’s lives and improving public health. 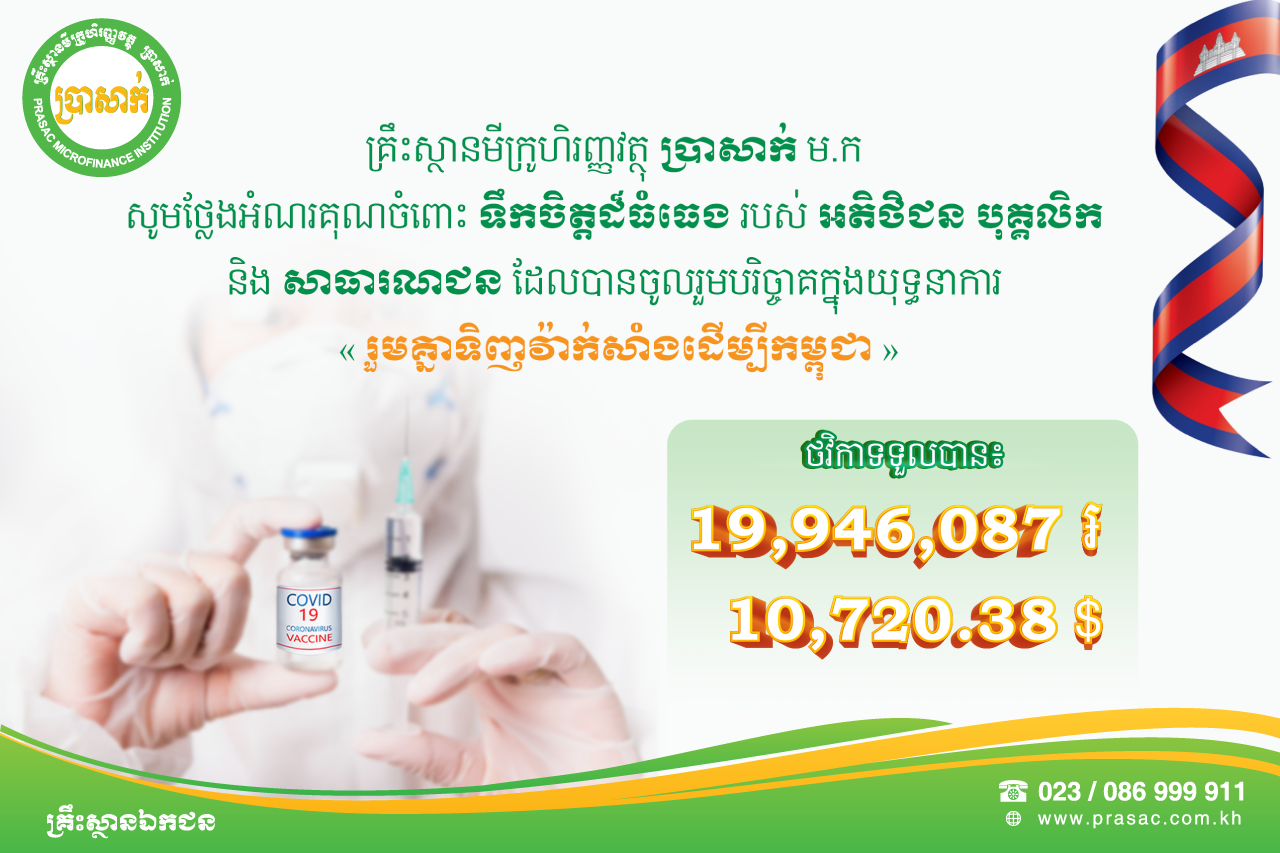 This campaign, started on 9 December 2020, has attracted the full support from PRASAC’s valued customers and staff as well as the public as they have voluntarily donated according to their ability. As of 28 December which is the closing day for receiving funds for this campaign, the total raising amount is KHR 19,946,087 and USD 10,720.38.

Mr. Say Sony, PRASAC Executive Vice President, said that “Contribute to Purchase Vaccines for Cambodia” campaign is an additional initiative to provide convenience for valued customers, staff and public who are also willing to donate their funds to purchase the vaccines after PRASAC donated its very own fund of KHR 2,000,000,000 to the Royal Government of Cambodia on 15 December.

Mr. Sony said that: “On behalf of PRASAC, we would like to express our deep gratitude to the Prime Minister of the Royal Government of Cambodia for providing warm hope in vaccinating the Cambodian people. We also would like to sincerely thank all valued customers, staff and public for their generous donation in this campaign. This indicates the big heart of Khmer helps Khmer, Khmer loves Khmer and caring and shows an honored and respectable gesture. We wish you good health and safety from Covid-19. Together we stand for a healthier society and normalization.”

Mr. Sony added that “Contribute to Purchase Vaccines for Cambodia” campaign of PRASAC has been concluded and all collected funds will be handed over to the Royal Government of Cambodia in the near future.