KB Kookmin Bank, a leading commercial bank in South Korea, has successfully acquired 70 percent of PRASAC Microfinance on April 10, 2020. It allows PRASAC to become one of the subsidiaries of KB Financial Group. KB Kookmin also plans to incorporate the company as a wholly owned subsidiary when it acquires additional 30% of remaining shares in the future. 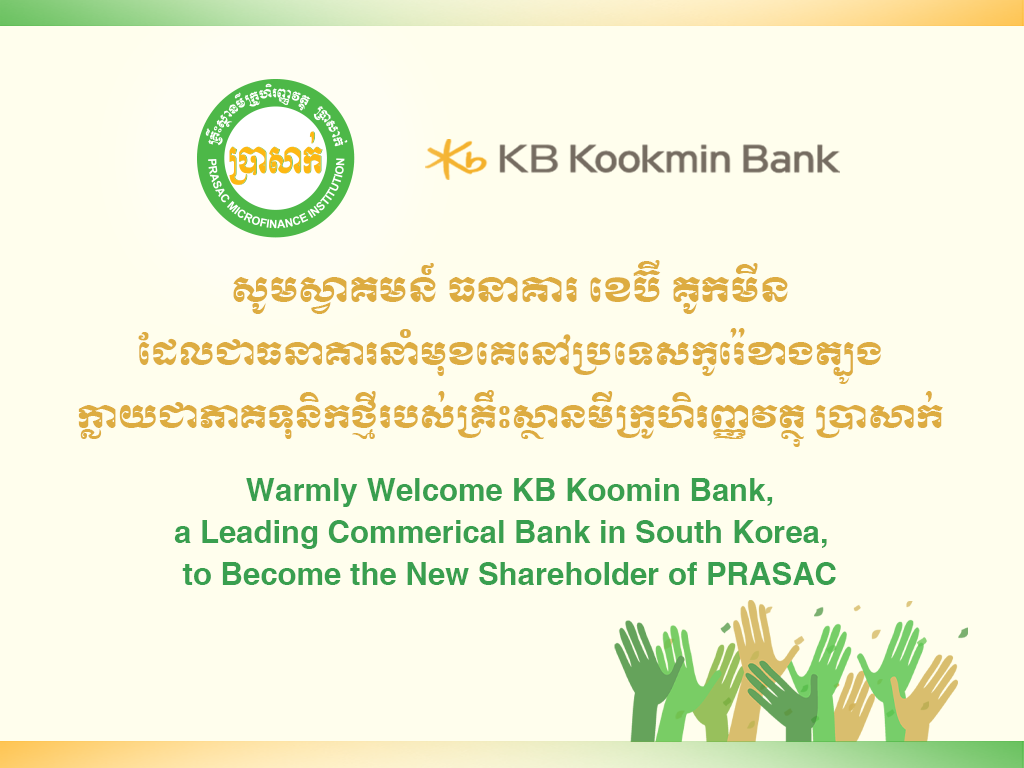 PRASAC is known as an outstanding performer among MFIs and top five financial institution in Cambodia in term of market share and total assets. PRASAC operates across Cambodia with 180 branches and nearly 150 ATM locations.

“The bank’s acquisition of PRASAC will serve as a watershed for KB Kookmin’s expansion of its retail banking network in Asia, which is part of our global strategy”, said President & CEO Hur Yin. He also added, “With long-term plans to turn PRASAC into a commercial bank, we hope to develop PRASAC into a leading bank by transferring KB’s strong retail capabilities and make it a base to conduct business in Southeast Asia”.

Mr. Sim Senacheert, PRASAC’s President and CEO, said: “KB’s investment in PRASAC demonstrates a positive sign and confidence of foreign investors in Cambodia and PRASAC. PRASAC management and staff would like to warmly welcome our new shareholder, KB Kookmin Bank, to drive PRASAC to become more effective and efficient in the expansion of financial inclusion in Cambodia.”

“PRASAC always stands as a market leader with the largest operational network among MDIs, strong financial return, and a proven record of sustainable growth of loan portfolio and deposit balances. We have achieved many records in 2019: i). $3.11 billion in total assets, ii). loan portfolio was $2.50 billion with over 417,000 borrowers , iii). non-performing loan was 0.4% lower than market, iv). deposit balance was $1.78 billion with over 742,000 accounts,” Senacheert added. 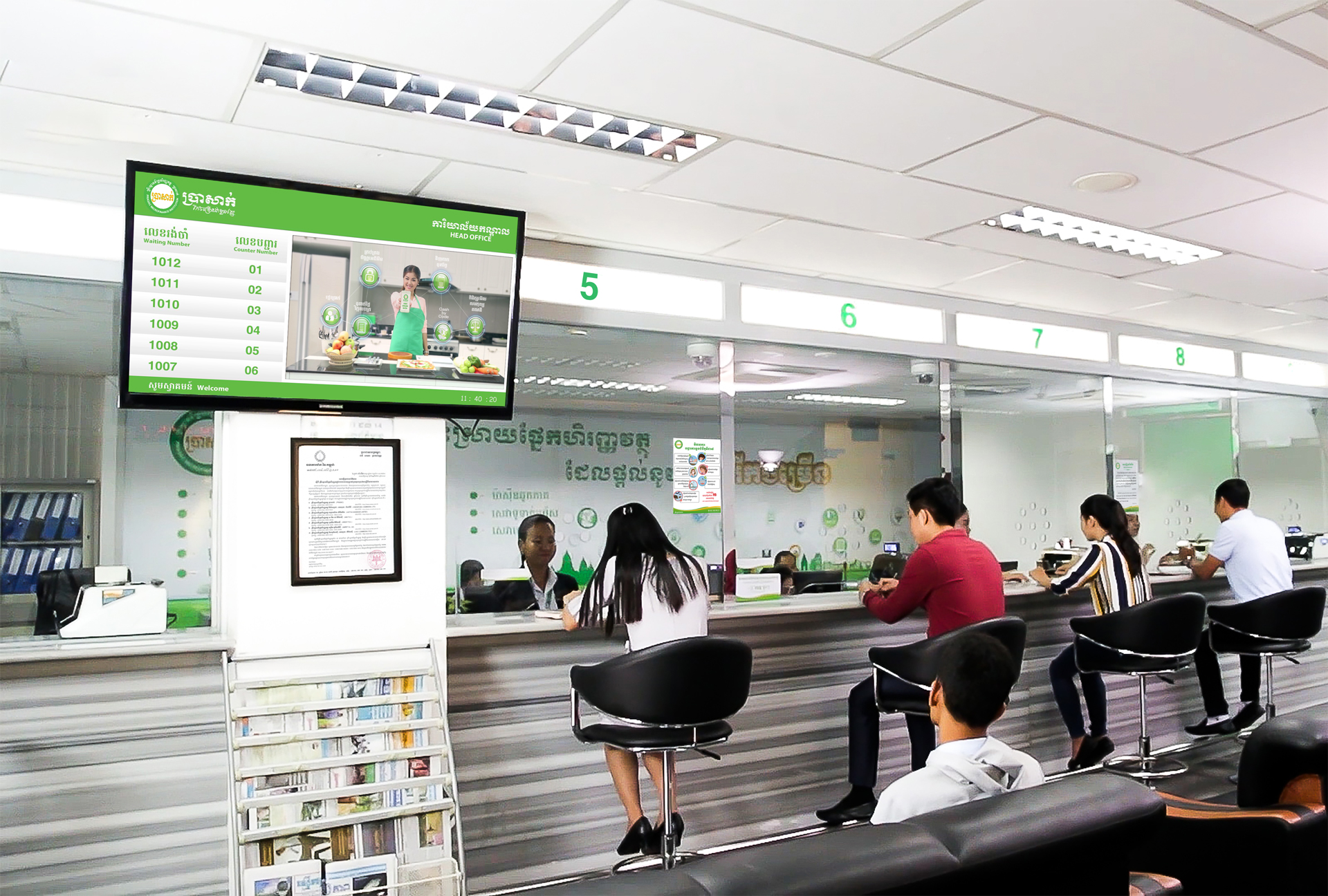 Mr. Senacheert continued: “The achievements of PRASAC come from the strong support from clients, regulatory bodies, and local authorities, as well as dedication of PRASAC management and staff to our strategy, including delivering diversified products and services, building a staff culture of growing together, and taking advantage of changing market conditions.”

“With KB’s investment, PRASAC will have more sophisticated products including digital financial technology and enhanced banking experiences to respond to customer needs for both existing and new market segments especially small and medium enterprises,” Senacheert said.

KB Kookmin Bank is a leading commercial bank in South Korea that has the largest number of branches in the industry and over 30 million customers equivalent to more than half of the nation’s population. The bank also stands as the leader in digital finance service by operating mobile platforms including Liiv and KB Star Banking with more than 15 million customers. It plays a key role in creating synergy among affiliates within KB Financial Group. For more information, please visit www.kbstar.com / www.kbfg.com. 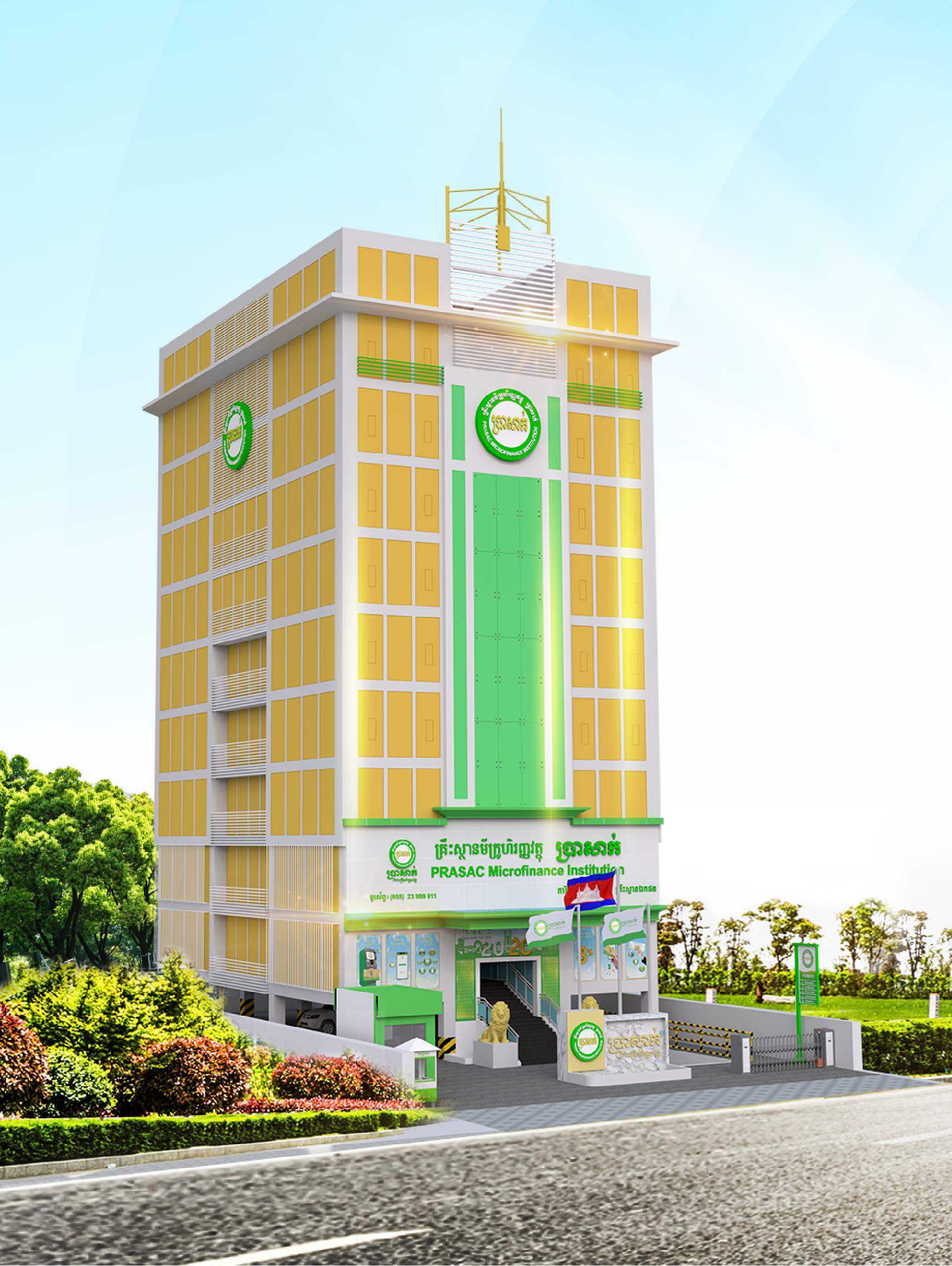